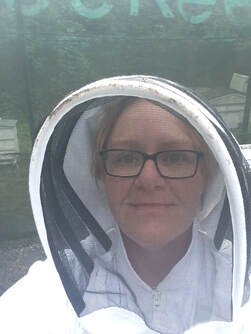 Liz completed her PhD at the University of Otago in sheep genetics before moving to the lab of Professor Peter Dearden and totally changing fields to  work on insect evolution, developmental biology and genome evolution. Liz is fascinated by how some animals have the ability to change their physiology, reproduction and behaviour in response to an environmental cue; a phenomenon known as phenotypic plasticity.

Liz moved to the University of Leeds in 2015 to take up a lectureship in zoology and her research programme at Leeds is focussed on understanding how  phenotypic plasticity works, how and environmentally responsive reproduction in insects and the evolution of novel life- history strategies like eusociality and asexual reproduction.

In her spare time Liz enjoys walking and learning about UK animals. 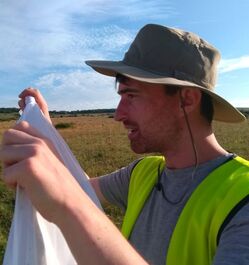 Tom completed his PhD with Prof. William Kunin in 2020, focusing on the development and standardisation of survey methods to monitor insect pollinator populations.

Tom is now working on the BioDAR project, exploring how we can use the UK’s weather radar system to monitor aerial insect biodiversity at a national scale.  Tom’s work in the Duncan lab involves using metabarcoding to assess the biological diversity of insect specimens collected in our field samples. 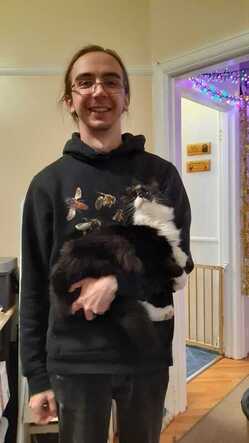 Anthony completed his Masters degree in biochemistry at the University of Sussex in 2019. Having always been interested in investigating eusocial insects from a biochemical perspective, he joined the Duncan lab in 2020.
​
Anthony’s PhD is looking at pheromonal communication in eusocial insects. Of particular interest is the role of pheromonal communication in reproductive constraint, paying special attention to compounds produced by queens and brood. 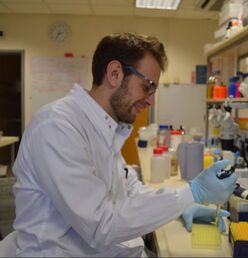 Jens' broader interests lie in evolutionary biology and include: the major transitions in evolution (e.g. the evolution of eusociality), phenotypic  plasticity, and sexual selection.
He is currently looking to continue researching eusocial evolution, mainly within the Hymenoptera, with a further interest in developing competency in mathematical modelling 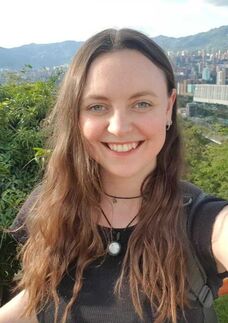 Rosie completed her masters project in the Duncan lab in 2017, during which she investigated the plasticity of mating behaviours in response to mating competition in the solitary red mason bee, Osmia bicornis.

She is now undertaking a PhD in the lab and is researching the role played by dopamine signalling in controlling worker reproduction and behaviour in honeybee Apis mellifera colonies. Broadly, her research interests include understanding the underpinnings of behavioural and physiological plasticity and eusociality. 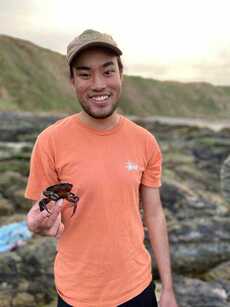 My work focuses on the potential role of DNA methylation (an epigenetic mark) in insect polyphenisms (extreme examples of phenotypic plasticity). Polyphenisms involve two or more drastically different forms that an individual can take on, that aren't dependent on different DNA, meaning that genetically identical individuals can take on different forms, or that a single genome has the capacity to produce individuals with big phenotypic differences. Examples include queen and worker honeybees, and solitary and gregarious locusts. I work with the pea aphid as a model aphid species. Aphids are hemipteran insects, in which the role of DNA methylation isn't entirely clear. Aphids reproduce asexually for most of the year to produce genetic clones, but switch to producing sexual offspring in the winter. This is a reproductive polyphenism. There is some evidence to suggest DNA methylation may play a role in polyphenisms, and the pea aphid presents a good opportunity to explore this.

Mackenzie Lovegrove
Mackenzie did her PhD at the The Laboratory For Evolution and Development in Dunedin, New Zealand with Professor Peter Dearden.  Mackenzie was co-supervised by Dr Elizabeth Duncan and spent three months at the University of Leeds in 2018. Mackenzie is currently a postdoctoral fellow at La Trobe University in Australia.

Milo Phillips
​Milo was a research assistant in the Duncan lab in 2019, he is now an Assistant Curator of Entomology at Leeds Museum.

Dr Victoria Norman
​Victoria was a research fellow in the Duncan lab 2018-2019, she now works at Oxitech Ltd.

Dr James Rouse
James was a Research Fellow in the Duncan lab from March 2020 - March 2021.  James completed his PhD in the lab of Dr Amanda Bretman (University of Leeds) in 2016 studying how genetic and neural mechanisms act to control fruit fly behaviour. He further developed the research between 2016-2020 to address the role of the epigenome in controlling behavioural plasticity in the fruit fly. In March 2020, James joined the Duncan lab working on how the epigenome controls honeybee reproductive plasticity. On a wider scale, James’ research focusses on the genetic (and epigenetic) underpinnings of behaviour, ageing, and the evolution of cognition.